So, you've made it through my 10 day RC helicopter flight school and can confidently fly your RC helicopter in all upright orientations including nose-in without even thinking. You're having lots of fun, you rarely crash and are now ready to push the limits of where this hobby can take us - aerobatics & 3D flying of course.

Looks easy, but it's not!

Learning how to fly 3D helicopter aerobatic maneuvers is without doubt, the most difficult form of RC flying - period! The amount of practice to first learn and continual practice to stay sharp; along with the amount of mental processing required and maneuver understanding is monumental.

I don't want to scare you off because advanced aerobatic RC helicopter flying (also known as 3D) is one of the most rewarding and exhilarating aspects of RC aviation. As I often say, nothing worthwhile is easy, but many will simply never be able fly a 3D RC helicopter like a gifted few are able to.

I fall into that camp myself. 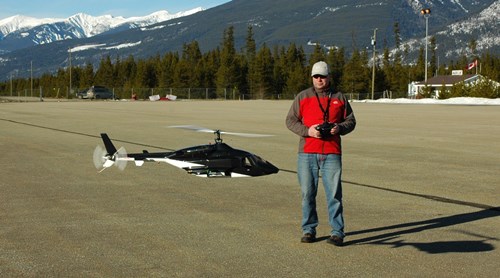 It's why I primarily focus on scale flying these days which admittedly still takes a good deal of skill to make an RC helicopter behave like a full size one; but no question, the pace is slower. 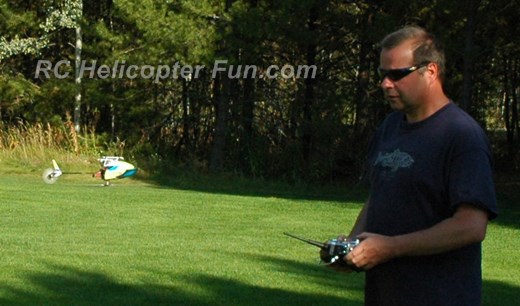 I've accepted that fact as I've practiced and practiced 3D on my heli simulator & with my birds until my thumbs are raw & the old meat servo between my ears is spinning.

I simply don't have the quick orientation & control command reversal mental processing abilities coupled with the fast reaction skills it takes to be successful at 3D RC helicopter flying. I don't have the right stuff as the saying goes, for 3D anyway.

You should be prepared for that possible reality as well; but you won't know until you try.

And yes, progressing into advanced aerobatics & 3D is when a good RC helicopter simulator more or less becomes a necessity as you practice, practice and practice more.

So how can I possibly instruct you how to fly 3D helicopter aerobatics, when I don't have the skills myself? I won't even try; I'll leave it up to Bert Kammerer & Bobby Watts. These are two well recognized names in our hobby because of their excellent aerobatic RC helicopter flying & instructing skills along with their proven 3D instruction methods.

I had to pay a small amount for their 10 part 3D Smack Talk RC video course a number of years ago, but they now offer the lessons for free (all 10 lesson videos shown on the bottom half of this page),

What you'll soon realize is their 10 part 3D flying lesson plan is based on the same proven skill building lesson process you've already mastered in my 10 part RC helicopter flying school to get you to this point; slowly building & mastering your skills before moving on to the next lesson.

The primary difference is all those same lessons you've already mastered upright, you'll now start doing inverted to first understand and learn the basic orientation reversals that occur while upside down and how they change between nose-in, tail-in, left side-on or right side-on.

If you found my upright nose-in lesson on day 10 difficult, where you were first introduced to an orientation that forced you to understand and learn how cyclic along with tail rotor controls were reversed, you'll now have a new appreciation & respect of just how difficult this hobby gets once inverted orientations are introduced.

Inverted command reversals are even stranger than upright nose-in ones are because depending on which way the heli is facing you, only half of your cyclic controls will be reversed.

Harder still is the fact these cyclic "half reversals" will be constantly changing as your helicopter transitions into different inverted orientations.

Tail rotor control will constantly be reversed, but the same approach to thinking of it as CW or CCW yaw like I showed in the day 10 nose-in will apply; only difference while inverted will be that a left tail rotor stick command will now yaw the heli CW and CCW with right stick.

Collective control will also be constantly reversed while upside down and this one can bite you hard when you panic. Your natural tendency up to this point is to give up collective stick to gain altitude if your bird is getting out of shape giving you some altitude to regain control; if you make that natural command movement while inverted, your heli will suck itself right into the ground.

Yep, you'll be learning to fly all over again and you very well may learn some new colorful words along the way - I know I did! Change of underwear potential is high.

Just like my skill building lesson plans, you must follow Bert's & Bobby's 10 part lessons in order and not progress to the next lesson until you have mastered the one you are working on. Each progressive lesson requires and builds on the skills you learned in the previous lesson/s in other words.

So, let's get started with the basic foundation steps of learning how to fly 3D helicopter aerobatics - inverted orientations.

That's all there is to learning how to fly 3D helicopter aerobatics - easy right - haha. I've barely progressed past part 1 after years and years of trying. I of course hope you'll do much better :)

If you like Bert's videos above, be sure to check out Bert & Bobby's SmackTalk RC YouTube Channel. It's loaded with great technical heli videos.