I'm very impressed with FunKey Fuselages (scale bodies), as you may know from my Scale RC Helicopter page. 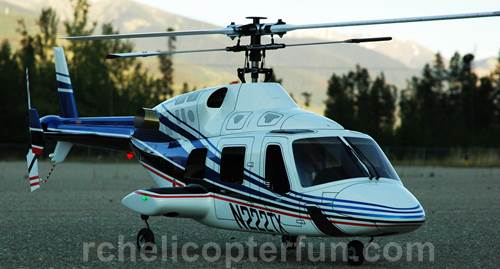 The fiberglass quality on Fun-Key's scale helicopter bodies is top notch and the pre-finished versions (meaning all painted) save so much time if your air brushing/painting skills are as challenged as mine are.

No, they are not super scale with hundreds of little raised rivets (nothing preventing you from doing that later); but for the price, you'll be hard pressed to find better quality pre-finished scale RC helicopter bodies.

Paint lines are crisp with no running/bleeding and all get clear coated for a deep rich shine and glass smooth finish.

You can also get "unfinished versions", allowing you to put whatever color scheme you choose on them. Their unpainted fuselages cost roughly half that of the painted ones. 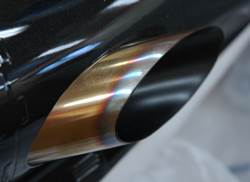 One nice detail I particularly like on their Bell 222's & Airwolf is they now come with actual stainless steel exhaust nozzles.

The latest ones are even coming with real heat oxidized coloration on the nozzle tips which adds a nice touch of realism.

Some people even ask me if it's turbine powered. It's a really nice detail you normally don't see that often on a scale model in this price range. 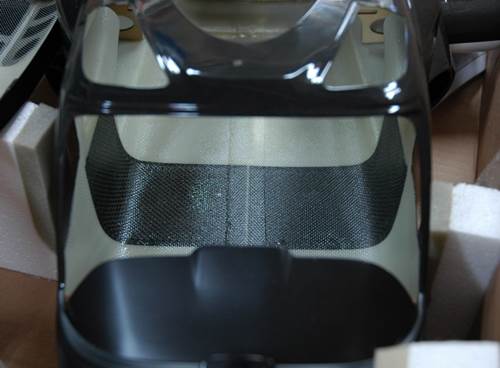 As I mentioned, the fiberglass layup is outstanding and the bodies are light yet strong. The above photo shows off the typically superb interior fiberglass workmanship quality along with the carbon fiber reinforcements in the high stress areas on this 50/600 size FunKey Airwolf. This will be my fifth FunKey fuse and I'm always impressed - why I stick with them.

Century Helicopter Products is the Fun-Key Aeroplane Models & Balsawood MFR (their full company name) distributor here in North America so that is why you will see many of the same exact models offered by Century. A close inspection inside the fuselage will however confirm it's a Fun-Key product. 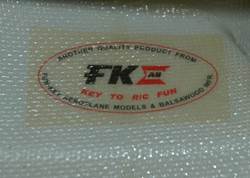 All FunKey RC helicopter fuselages will have this FK-AB decal/label laminated within the fiberglass (generally located up in the doghouse), so you know you are getting the legitimate item.

FunKey Fuselages come nicely boxed, well secured in foam box bracing, and well wrapped in tissue paper & foam wrap unlike some others that are just thrown in a box and get all warped or scratched. 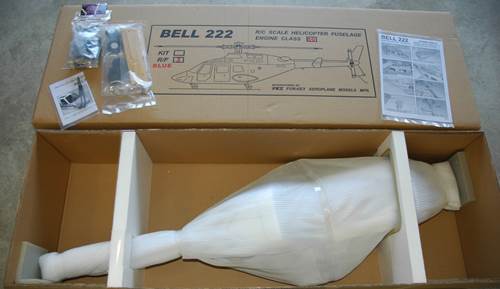 It's always fun and exciting unwrapping a scale FunKey helicopter body along with the tail fins and other included hardware; and then your eyes pop out when that shiny scale body is finally uncloaked from its wrapping - drooling permitted ;-) 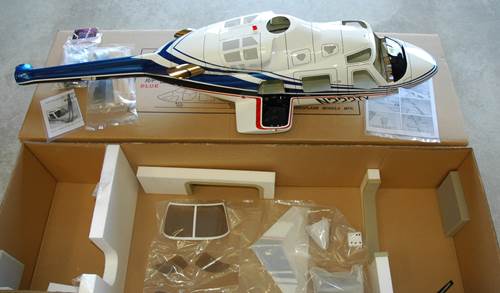 FunKey Fuselages are meant for larger RC helicopters and come in 3 different size segments. They are numbered by nitro engine size followed by electric heli size:

The other really nice thing is FunKey is one of the very few scale RC helicopter fuselage manufacturers to offer up an in-depth yet very easy sizing chart with all their specific body styles & sizes.

These few simple dimensions on these sizing charts make it possible to determine if your set of RC helicopter mechanics will fit into the specific fuselage you are thinking of.

Speaking of mechanics, the 600/50 size FunKey's are my fuses of choice using the proven T-Rex 600 ESP mechanics.

Just do a Google search for "FunKey 600 scale RC helicopters" and you will see the majority are using 600 ESP mechanics. The overall layout and battery placement in the ESP are what make them work so well for scale projects. 600ESP mechanics are of course not the only ones that will work, but they are by far the most popular.

Align unfortunately discontinued the 600ESP several years back leaving so many of us "scale guys", out on a limb. For that reason, I have started to carry a 600ESP replacement (clone if you prefer). Here's my full review of it along with the sales page. 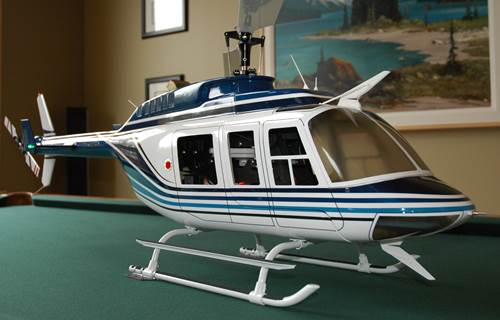 The rest of this page is devoted to the specific sizes and models of FunKey's fuselages. I have included photos of every model Fun-Key offers in each of the three sizes, but I have not shown every color scheme.

That said, I do have eBay links to each of the colors from a very popular & reputable world wide FunKey Fuselage distributor.

I've purchased most of my FunKey fuselages and other RC parts from them. Never had a problem and they consistently have the best pricing on these fuselages I have found.

They also offer shipping is included with their fuselage pricing and that is a great value right there considering how large the boxes are. I'm always impressed at how fast each fuse arrived. No 2 month long waiting, more like about 2 weeks to Canada.

Not every Bell 206, 206L, 222, or Airwolf Funkey fuselage comes with the landing struts for the 206's or the retractable landing gear for the 222/Airwolf.

Listings will clearly identify if the landing gear/struts are included, or need to be purchased separately in the details. 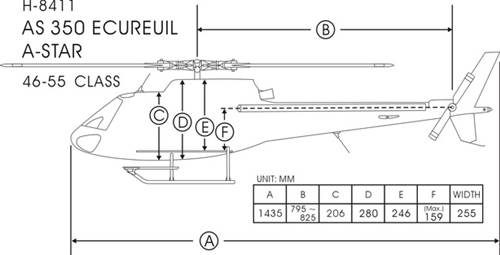 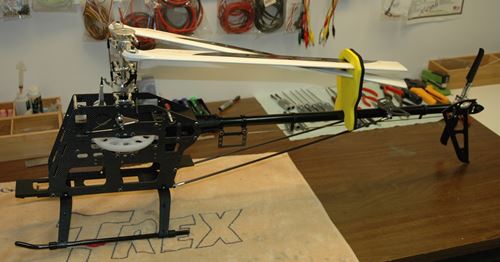 I'm also selling 600 ESP mechanics (for electric powered builds) that will work with all of Funkey's 50/600 size scale fuselages if you are looking for a good quality and reasonably priced set of electric mechanics.

The video below shows the basics of a 600 ESP mechanics installation into the FunKey 50/600 size Airwolf (same method for the Bell 222), if you are wondering how it's done & how easy or difficult the build is based on your modelling experience.

To conclude my FunKey Fuselage Write-up, I'll finish off with a video of my 600 size Fun Key Bell 222 powered by Align T-Rex 600ESP Mechanics.