Go to a regional fun fly or national event to watch all the airplanes and helicopters flying without need of a frequency board.

You have to wonder how it works. Is it true that the full 80 MHz wide 2.4 GHz band can support as many as 200 airplanes? If you are like me, you are not willing to accept that several radios can share the same frequency until you understand how it’s done.

This article has evolved considerably, woven with popular theories and explanations that each in their turn were found to be incorrect. All too often the correct information is buried in theoretical formulas that few of you would care to understand. The objective of this article is to present the theory of how our RC radios work in a format that each of you can understand.

The following are three important technologies used by our 2.4 GHz band radios. A frequency band that is increasingly popular for a growing variety of commercial products as well: 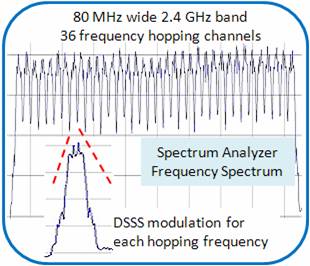 Figure 1 to the left illustrates how DSSS modulation is used for each of 36 FHSS frequencies.

The following table illustrates with a few examples that DSSS and FHSS are both being used. All of the currently marketed 2.4GHz RC radios that I know of are now using both. 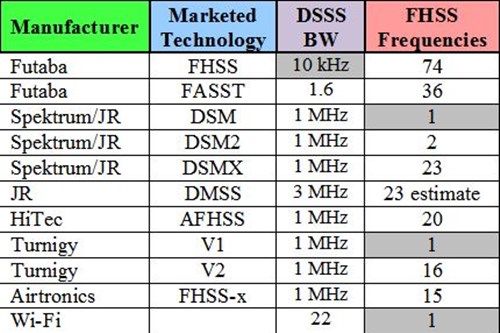 CDMA is the DSSS technology used by our RC radios. For us, Multiple Access means it is designed for several radios on the same frequency.

Figure 2 here to the right illustrates how each data bit is expanded using several encoding bits. Note that the encoding pattern for a ‘0’ data bit and a ‘1’ data bit are a flipped image of each other.

The higher the ratio of coding bits for each data bit the better the DSSS process can extract data from noise. The ratio is referred to as Process Gain (which will be illustrated and explained later). RC radios use a much higher process gain than Wi-Fi. Both DSSS encoded signals can travel as far, but our radios can extract clean data packets at a much greater distance than Wi-Fi. Here are three process gain examples that help to explain a key benefit of DSSS:

It is important to understand that CDMA communicates at the edges of each coding bit and not the high or low levels.

This section will help you understand how it works.

Those of you with an electronics background understand the relationship between rise time and bandwidth. 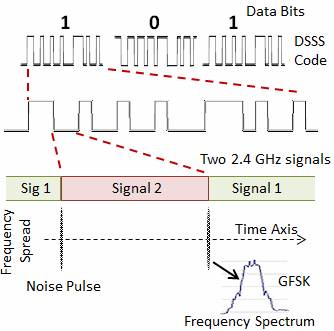 Figure 3 to the right illustrates Shift Keying. Each rapid shift results in a narrow pulse of spread spectrum energy that looks like noise with a frequency response spread as seen on a spectrum analyzer. Most of our RC radios use Gaussian Frequency Shift Keying (GFSK). “Gaussian” specifies the type of shaping filter used to translate the shift keying into spread spectrum. The Gaussian filter optimizes performance while reducing the bandwidth. In this case less band-width can be a good thing.

The CDMA illustration to the left is applicable for the different forms of shift keying. A multiplier circuit is fed with a pattern of 0s, 1s and -1s timed by the DSSS code series used by the transmitter.

Most of the time the incoming signal is being ignored because it is being multiplied by 0. Two radio systems out of sync with each other will not see each other. A Phase Lock Loop (PLL) plays a vital roll in keeping your receiver’s 2.4 GHz clock in sync with your transmitter’s clock. The PLL acts like a flywheel to keep the receiver’s clock on track until the next edge is detected. The PLL speeds up or slows down to accommodate Doppler shift.

The output of the multiplier circuit connects to an integrator that accumulates the sum of each edge. The longer the series of coding bits, the higher the staircase will rise or descend for a final determination at the end of each data bit series. A successful decode is accomplished as long as the final summation is correctly positive or negative. The following crude simulation uses a 64 bit DSSS code and noise that is more than 200 times stronger than the signal.

As mentioned already, the number of bits in the DSSS code pattern is referred to as process gain. Increasing the gain increases your receiver’s ability to lift your transmitter’s faint signals out of the noise at a considerable distance. It also helps to separate your radios signal from that of other radios that may have hopped to your radio’s cur-rent frequency.
CDMA timing and process gain make it possible for several radios to share the same frequency. Explains why 2.4 GHz microwave ovens and basic Wi-Fi are not a threat.

Frequency hopping is primarily needed in order for our aircraft to survive the 2.4 GHz commercial products that can menace our radios. One of the most threatening examples is a high powered 2.4 GHz non spread video link using a high gain (i.e. narrow beam) antenna. High gain antennas for outdoor Wi-Fi are also a concern. Lookout for these antennas and don’t fly through their beams.

This section, with its unexplained alphabet soup, is for those who like to dig much deeper than this article can go.

These are the Integrated Circuits (ICs) that our radios use:

These are ICs designed for commercial applications. The radio manufacturer’s patented features are coded into the CPU and MCU. The first three ICs listed above use GFSK modulation and are used in popular consumer products (e.g. cordless phones, wireless keyboards, game controllers). Several model aviation enthusiasts use these ICs to build and program their own radios. Some participate in the FrSky open-source project. 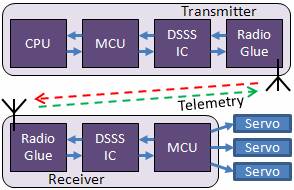 The "Radio Glue" that appears in the diagram above, refers to the miscellaneous components associated with properly transmitting and receiving radio signals.

What Have We Learned About RC Spread Spectrum?

FHSS becomes important when threatened by commercial 2.4 GHz products that can swamp the front end circuits of our radios.

So what about all the radio manufacturer's claims that state their system is better than the competitions? There is simply no hard data to support such claims.

Correct antenna positioning and radio build and component quality (radio glue, thoroughly debugged firmware, quality toggles & potentiometers, manufacturing quality - e.g. soldered connections & cable interconnects) plays a much bigger roll in RF robustness these days. In short, stick with the big name RC Radio brands and you can't go wrong. The rest is personal preference, feel of the radio in your hand, and specific features you like or dislike.

Questions or comments? Contact me using the form on the bottom of this page. 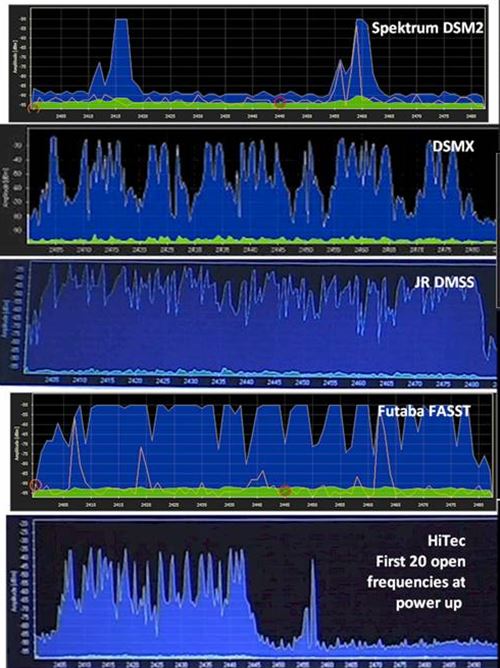 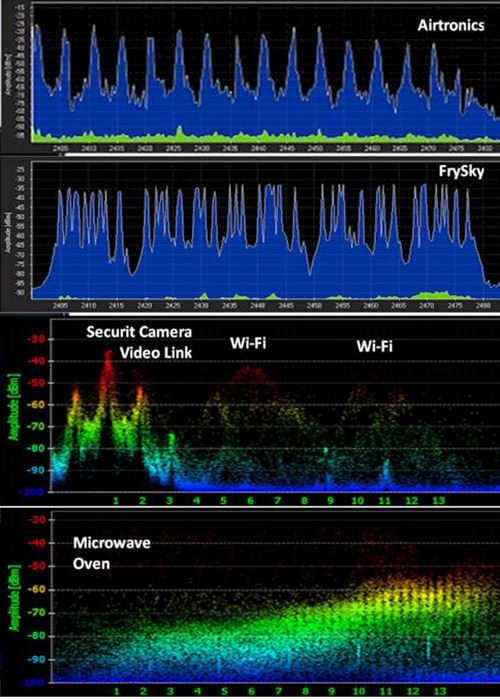