The RC helicopter engine/power plant... Probably the very first choice you want to make when deciding on the best RC helicopter for you.

By deciding this right now, your list is narrowed substantially and makes your RC helicopter purchase decision much easier.

To make the best RC heli engine choice, let’s look at the pros and cons of each of the four power options available today.

There is no candidate best power choice. Each have strengths & weaknesses, pros & cons; and what you eventually decide to purchase will be based on what your needs are.

The following discussion is to point out different advantages and disadvantages of each RC helicopter engine power option.

If you want detailed explanations of each type of heli, simply click on the specific links for a more in depth examination. 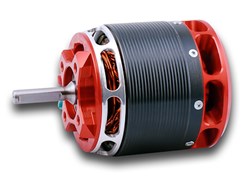 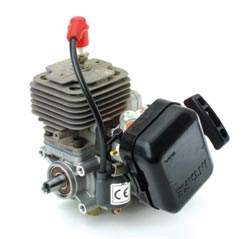 For all beginners the best RC helicopter engine power option is either going to be electric or nitro; so concentrate on those two and weigh the pros and cons carefully. For ease of use, availability, and hassle free operation, electric really is the clear choice.

If you are experienced with nitro or electric helicopters already, your RC helicopter engine choice might be a gas powered heli.

The main reason most people get into Gas RC helicopter engines is to reduce the operation cost of using nitro fuel, eliminate the hassles of getting nitro fuel, and saying goodbye once and for all to messy nitro goo.

Many also make the switch to gas because they want to start flying very large pod and boom or scale RC helicopters, but don’t want the very high costs and complexity that go along with turbine power. That said, large electric RC helis are now a reality as well, but the multiple LiPo batteries required for them pushes the costs up a fair amount. Two stroke gas engines are simply the most economical power choice for large birds.

Finally – if you are a very competent RC heli builder/flier and want the ultimate in mechanical complexity & realism, a turbine engine powered RC helicopter is one of the most satisfying projects to undertake.